My last proper race was the Powerman UK Championship back in May which I managed to win. 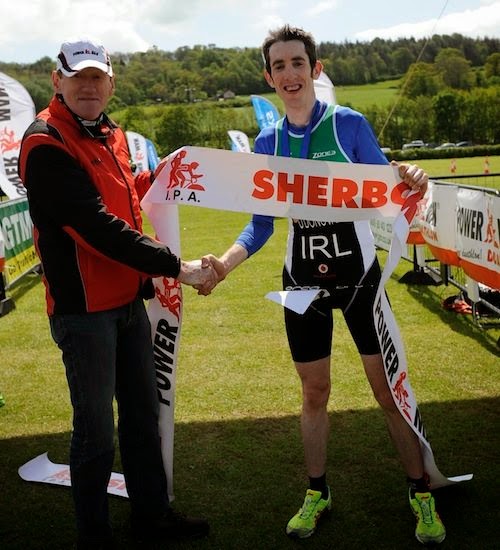 When I came home to Ireland I had to race the 5000metres for my athletic club, St. Finbarr's AC at a National League race in Waterford the very next weekend. Big mistake!!


I was still tired from the race in the UK and I could feel it on the start line. In the end I ran 15:33 minutes which was 33 seconds slower than where I had wanted to be considering the form I was in at the time.


I ended up getting the flu during the week and gradually began to pick up one niggling injury after another.


The two main injuries that I had to deal with since the middle of May where, shin splints in my left leg and a touch of runners knee in my right knee.


These have kept me out of action for the last few weeks. However, it is important to learn to deal with injury and move forward with a definite goal in sight so as not to become disheartened.


Now thanks to lots of rest, aqua jogging and physio work I can safely say that I'm back on the road to recovery and looking ahead to my upcoming big races.


Since the start of January, 2014 I've been training under the guidance of a cycling coach (Timmy Barry) and running coach (Martin Mc Carthy). This is the first time that I've trained off specific plans that are tailored for me.


When I sat down at the beginning of January with my coaches, we set out a number of my main goals for 2014.


·         Racing at the  London Duathlon and hopefully getting onto the podium

The course is supposed to be totally flat which should mean a very fast affair although I would prefer to have a few hills!!
The next two weeks will be quite intensive as I taper towards this race. I’ll try to keep you updated as I work through the training.
Stay safe on the roads!!
Posted by Cathal O' Donovan at 14:15