After the Europeans, London was the next big race for me as I had picked it out at the start of the year. 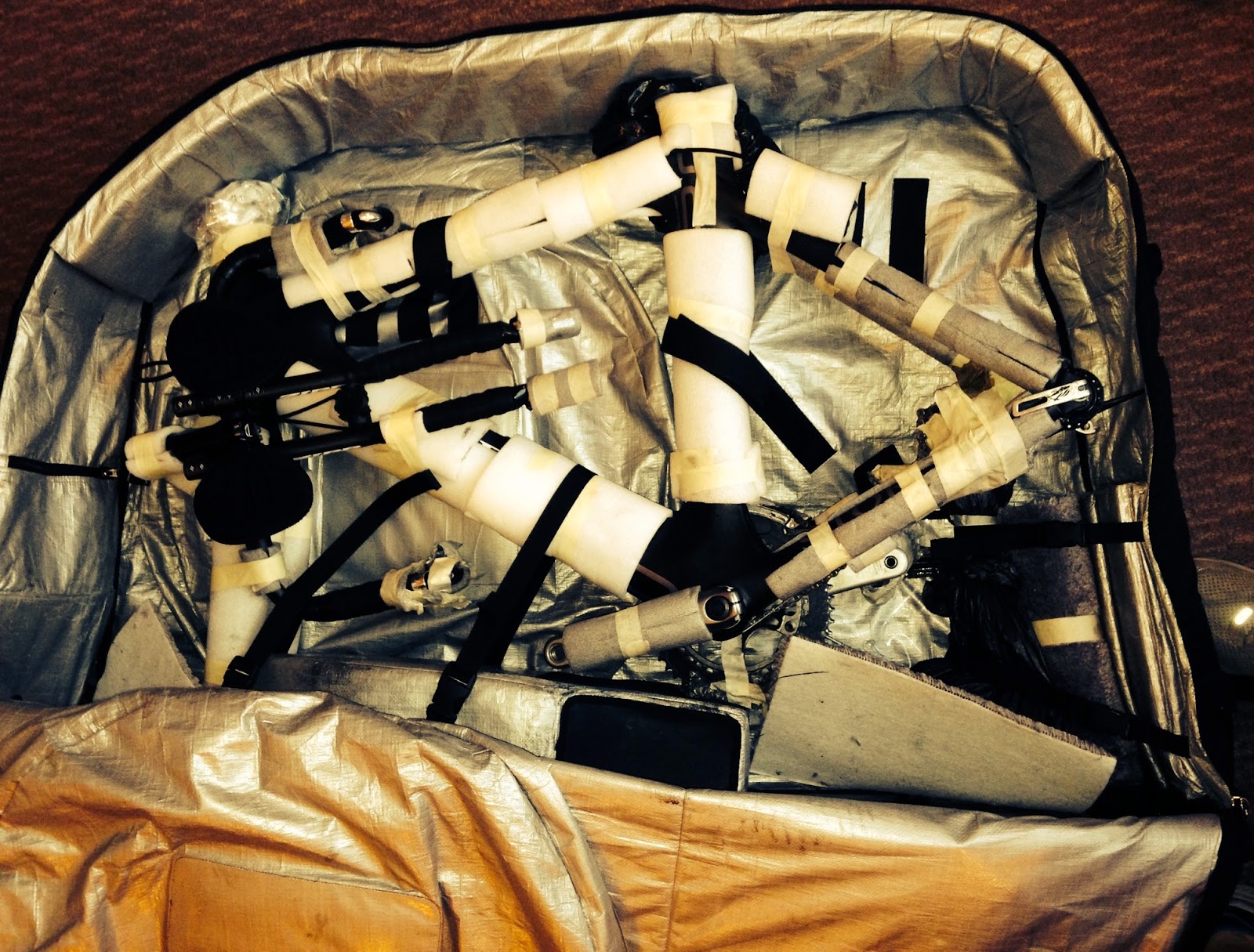 I can now have the entire bike dismantled and bagged up in two hours flat. You could not believe how much planning it takes to ensure that everything fits into its correct place and that I haven’t forgotten any spare parts or essential tools.


The race in London was set completely within Richmond Park and it was closed off from cars for the entire day.


I flew over to London Stansted Airport on Friday evening and travelled onwards to my hotel which was over an hour away.


Saturday I cycled the 4.5 miles from the hotel to Richmond Park and reeked the course.


On the way over I got an opportunity to experience cycling through the streets of Richmond. I found my interactions with the English drivers to be very pleasant and have to say that the vast majority were very courteous.


When I arrived I saw that there were hundreds of people there all day checking out the course like myself. The transition area and event village was being built and there seemed to be a great buzz in the air.


Once I was happy that I understood the course and had picked out any dangerous corners on the bike course, I collected my race number and timing chip and cycled home to the hotel.


Back home afterwards I went through the usual pre-race checks of all my kit and made sure everything was set to go.


As there were thousands taking part in the different distances, we were scheduled to start in waves of between 25-30 athletes every 60 seconds.


I had picked the earliest start time which was 10:30am so made sure to get down to the transition for 8:30am.


I racked my bike, got everything set up and began my warm up. Before I knew it, 10:15am had arrived so I began queuing up to the start line to ensure that I would be starting in the first wave.


We were given the count down, I quickly crossed myself and we were off. I didn’t go out too hard this time as the first 3.5km of the run were a very long and gradual climb with the final 500metres being very steep. 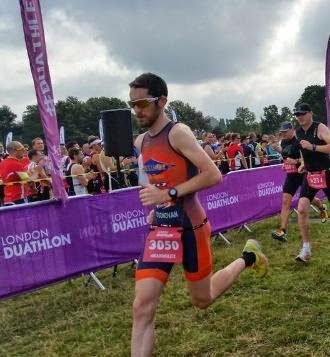 After 500metres I began to take my bearings to see who had come with me from the start. I glanced quickly to my right and saw that a French guy called Damien Derobert was close on my heels. “Damn” I thought, I wasn’t going to have it all my way today.


As we approached the 2km mark and the start of the steep hill, I decided that I would make an attack just after we went into the hill.


As I made my move, I tried to pull away making sure to zig zag away from Derobert as I began to almost sprint. After a couple of minutes I was going flat out and fast running out of steam. Looking back quickly, I saw that he was still right behind me. My plan hadn’t worked so I had to quickly re-evaluate my race strategy. I knew that I needed to conserve my energy for the rest of the race as we crested the hill so I began to ease up which is went Derobert then made his move and tried to pull away as I recovered.


I had a very good transition and as I mounted my bike I could see Derobert looking back at me.


We traded places between first and second place for the first lap of 11km which included a killer of a climb that had me out of the saddle as I struggled to quickly change the gears on my tri-bars.


After the first lap, I decided that it was time to make my move and try to put road between myself and Derobert.


As I sped past transition, I had a 3km, almost pan flat section where I was able to time trial hitting speeds of 60km/hour. I managed to pull out a minute and a half over second place as I finished the 44km.


There were several severe right angle bends on the bike course meaning that I had to be very alert and ready to break as I went into them.


As I approached the dismount line after 44km, I removed my feet from my tri-shoes as I got ready to dismount from the bike. However, I encountered the same problem again in that my calves were almost locking solid causing unbelievable pain.


I had to straighten up quickly in order to avoid them locking totally as I ran with the bike into transition.


I had practiced finding the correct rack for my bike in transition when I arrived that morning so this time transition was a very smooth event unlike the Euro’s in Austria.


The final run of 5km was fairly uneventful as I ran out in the same direction as the first 10km, turning left after 1km and ran the final 4km to arrive back at transition.


London was a great experience for me and it was a fantastic feeling when it was officially confirmed later that day that I had won the Standard Distance London Duathlon.
I would like to say a massive thanks to everyone who very kindly donated to my Pledge Sports website. It helped hugely to get me to the Europeans and London.
Posted by Cathal O' Donovan at 09:25